We have seen so many articles about Safety in Croatia and feel that we need to give our thoughts about this subject and speak from our perspective. With so many day and multi day tours behind us provided to guests from all over the world, we have something to say about this topic as we consider travel safety our top priority.

This is probably the main question you have asked for, but it is actually one part regarding general travel safety in Croatia. Safety issues caused by people can be described as a Crime.

Crime is “an action or omission which constitutes an offence and is punishable by law”.
Speaking of that, here are some date which will show you how actually Croatia is safe. Data is taken from Numbeo.com
Level of crime: 18.30 out of 100
Worries attacked: 18.1 out of 100
Worries being insulted: 18.3 out of 100
Drugs 30.1 out of 100
Corruption and bribery 69 out of 100
When you analyze shown data, you can conclude that Croatia is really safe and chances to be attacked or insulted are very low. One fact which increases crime rate is Corruption and Bribery which is not important for your travel safety. Croatian politics and government have been corrupted since Croatian war for independence, in 1991. To be honest, is is not actually punishable by law to participate in corruption, since those who are creating laws are doing this. This issue increase general crime rate, but crime rate regarding travel is lower than shown data.
Conclusion: Travel crime rate is actually lower than General crime rate because it excludes really high factor of Croatia being corrupted country.

With 20 million visitors in 2019. and population of only 4 million people, Croatia is one of the most popular destinations in the World! With so many people visiting Croatia in relatively short period of time (mostly from April to November), it requires so many rental cars, airport transfers, taxis, door to door transfers, boat transfers, bus lines, Uber etc.

Most important factors regarding transportation in Croatia are: vehicles (reliability which depends on maintenance and age), drivers/skippers, and roads and sea routes and ports. Croatia has one of the best motorways in Europe, drivers are reliable and cars are mostly imported from Germany or bought new in Croatia since Croatians really like to have good cars in their backyard.

For airport transfers you will enjoy in ride with Mercedes, Opel or Renault cars and vans, while buses are again German, Setra or Mercedes. Croatians have long tradition of building ships, shipyards and also import boats from France and Italy.

You can use Uber and Bolt applications to order short rides and you it is really safe since all drivers are rated on applications. Be aware if you use local taxis that they can ask for higher price, which we can point out as main issue regarding transportation in Croatia. So, if you are asking is Croatia safe to travel, answer is YES. 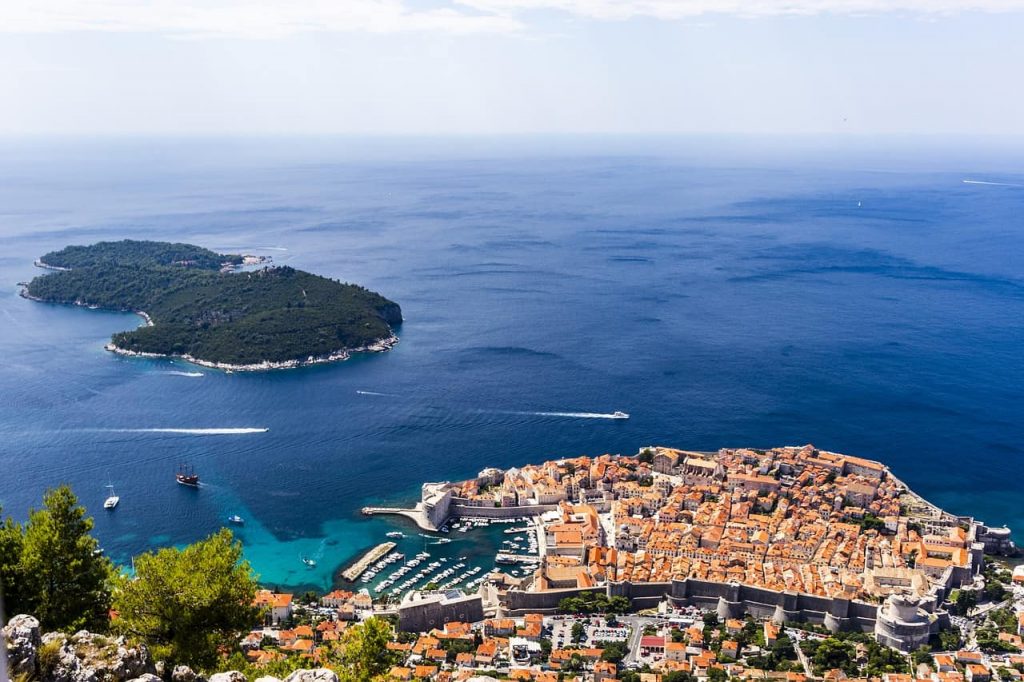 Regarding with international relations, politics, nature disasters, weather issues, Croatia is extremely safe country to visit! Regarding last war for independence between Croatia and Serbia, situation is stable. Regarding other surrounding countries Croatia has great relations.

Earthquakes are really rare, and because of Adriatic sea being so closed in Mediterranean, rough sea is also very rare for those who want to sail. Croatia does not have Tsunamis!

Weather is generally good, sunny, with most sunny days together with Cyprus and Greece.

There are sharks in Adriatic, but they are not coming close to the shore and there were to reported attacks. If you want to jump in the middle of Adriatic, chances are really low to be attacked.

Gangs and bad neighborhoods are not common and you won’t see that in any city in Croatia.

Pickpockets happen, in bigger city areas, National Parks and on the beach. This happens everywhere and you should always keep your belongings safe no matter where you go.

IS CROATIA SAFE TO TRAVEL? YES

Check out our Croatia Private Tours and see if you are interested in exploring Croatia in the safest possible way with private driver / tour guide!

This website uses cookies to improve your experience while you navigate through the website. Out of these cookies, the cookies that are categorized as necessary are stored on your browser as they are essential for the working of basic functionalities of the website. We also use third-party cookies that help us analyze and understand how you use this website. These cookies will be stored in your browser only with your consent. You also have the option to opt-out of these cookies. But opting out of some of these cookies may have an effect on your browsing experience.
Necessary Always Enabled
Necessary cookies are absolutely essential for the website to function properly. This category only includes cookies that ensures basic functionalities and security features of the website. These cookies do not store any personal information.
Non-necessary
Any cookies that may not be particularly necessary for the website to function and is used specifically to collect user personal data via analytics, ads, other embedded contents are termed as non-necessary cookies. It is mandatory to procure user consent prior to running these cookies on your website.
SAVE & ACCEPT