Traveling between two largest cities in Croatia. Split the center of Dalmatia, the pillar of Croatian tourism and the capital of Croatia, Zagreb. Connecting south and north with this trip you are getting a chance to see the most of two different culture influences. Roman culture and architecture in Split  and mainly Austro-Hungarian legacy in Zagreb. The direct route takes about 4 hour of pleasant drive on one of the best highways in Europe. The recommendation, or maybe better to say “must see” is National Park Plitvice Lakes (Plitvicka Jezera). It is your call, and we are ready to listen your wishes!

Private transportation in nice and comfortable way starts with meeting your driver in Split. He will meet you at your place, Hotel, apartment or Villa. For apartments in old town we will organize meeting point closest to your place. Split to Zagreb Private Transfer has flexible pick up time and your private driver will have your contact number in case of some issues, for better communication. Price for private transfer from Zagreb to Split varies between 380€ to 450€ for a private car or van. Price is the same throughout the year. Larger groups need to be confirmed after sending us an inquiry about date, number of people and special requests. If you are interested in seeing some sights on the way, possible stopovers are Plitvice Lakes, Zadar, Sibenik, Krka Waterfalls, Trogir and Primosten.

What is on the way?

There are few nice places which you can visit on your travel from Split to Zagreb . We will mention all places and shortly describe them, so that you can have an idea what sounds the most interesting for you!

Plitvice Lakes –  the largest and the oldest national park in Croatia with amazing waterfalls. This National Park is also the member of UNESCO World Heritage.

Krka NP – only one hour drive from Split , includes 7 waterfalls, and a nearby to one of the oldest Croatian town Skradin which is situated along side of river Krka.

Sibenik – the oldest Croatian city built by Croatians. Main sight is beautiful 15th century Cathedral. One of the most narrow sea gates between open Adriatic sea and bay of Sibenik.

Zadar –  well known for its Roman and Venetian ruins , famous also for the Sea organ , a built art object that plays sound with help of waves. Worth mentioning „ The Sunset in Zadar is the most beautiful in the world“  by: Alfred Hitchcock

Primosten – beautiful small place which was an island before. Worth visiting if you want to see something “off the beaten path”.

Trogir – another UNESCO sight, often called as small Split. With only half an hour away from Split, represents great place to enjoy before visiting Split. 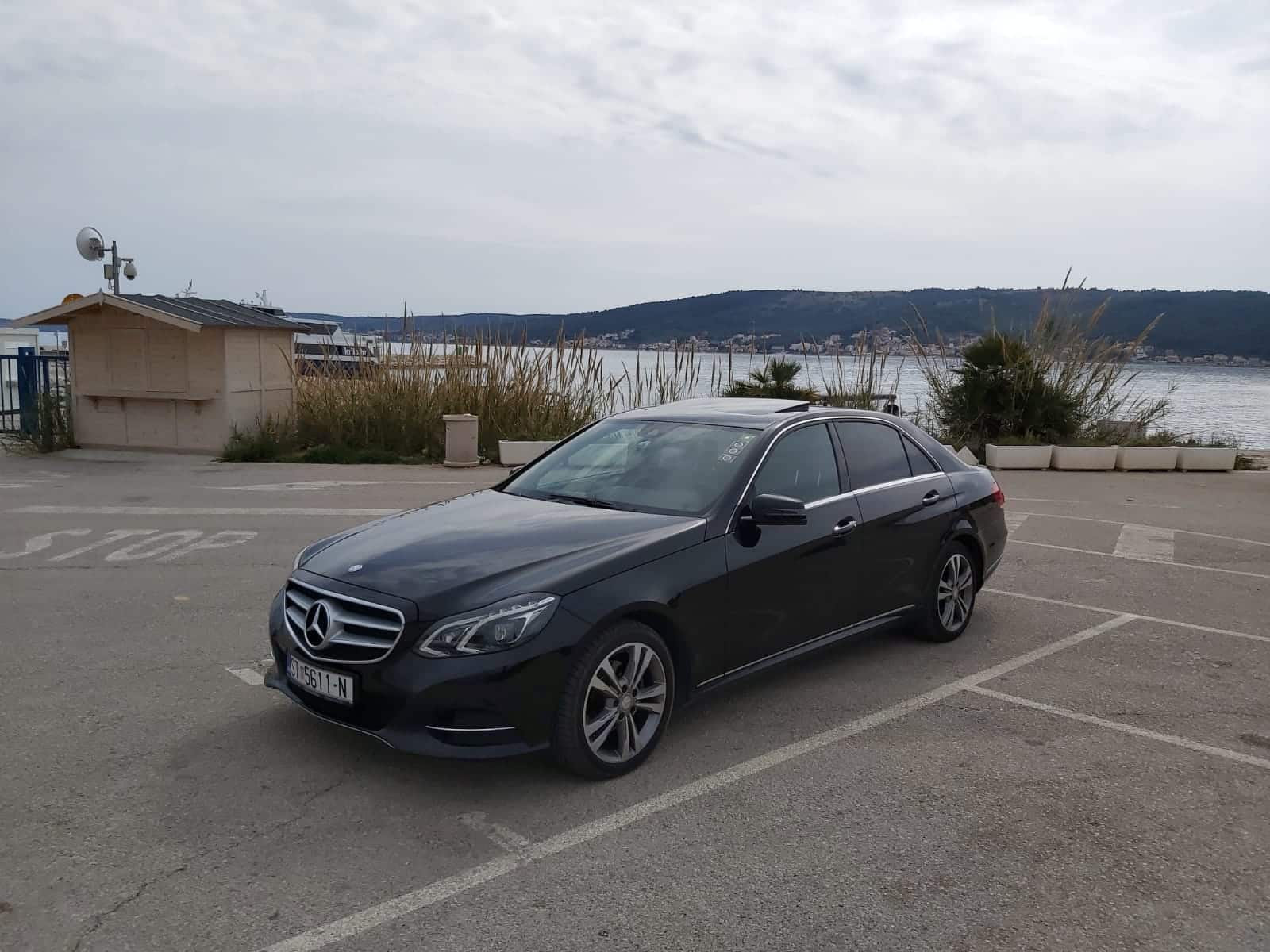 How do we pay for the ride?

For option 2 (PayPal and credit card) additional 5% charge is requested.

Travel time may vary depending on traffic.

Yes, you  can choose vehicle based on availability on that day.

No, unless you send picture of your pet which has box and agency approves it.

Yes, but you need to pay 20% reservation fee.

Any cookies that may not be particularly necessary for the website to function and is used specifically to collect user personal data via analytics, ads, other embedded contents are termed as non-necessary cookies. It is mandatory to procure user consent prior to running these cookies on your website.